Wow, I can’t believe it has been over two years since I updated my blog! But I have a good reason this time…

Meet my new nephew, Evan Lewis Joseph Jones, who was born at 12:51am this morning:

Why wasn’t I invited? 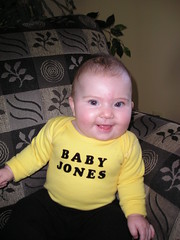 Keeping up with the Joneses acquired a whole new meaning on Friday night. It now means trying to break the world record for the largest gathering of people with the same last name.

More than 1,220 people whose last name is Jones converged on Cardiff, Wales, to break the record. Jones is said to be the most common surname in Wales, but many came from as far away as Canada, Australia and the United States.

Hotel operators in Cardiff reportedly had to distinguish people by their first names or the province or state they were from.

The event on Friday, held at the Wales Millennium Centre, was simply called “Jones, Jones, Jones.”

The previous record for the largest gathering of people with the same last name was set by the Norbergs, who managed to get 583 people with that name together in Sweden in 2004. 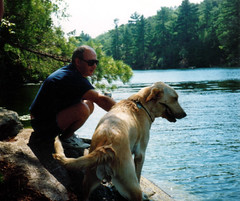